5G is already here. It was first deployed at really large scale at the Olympic Winter Games in Pyeongchang and it has proven to be a game changer. In the US, AT&T announced at the beginning of the year that their 5G rollouts will take place by the end of 2018, as have some others. 5G is the promise of not only faster internet speeds, but an era of cloud computing that is more distributed, connected, and less latent. For this vision to come to fruition for end-users around the world, service providers, enterprises, and telcos need to be ready for the edge technology revolution.

However, edge in itself, while compulsory for 5G, is not going to solve everything alone. Other technologies have really made an impact on the way these organizations are bringing connectivity to the world. Serverless (FaaS) and Kubernetes container technology have both enabled organizations to reduce time to market as well as lower costs significantly.
That is why AT&T and Cloudify have collaborated on a new project – Edgility – which uses smart service orchestration, along with these innovative technologies, as well as the ONAP and Akraino projects from Linux Foundation, to make future scenarios such as connected cars and VR/AR a reality, today.

Edge computing has been around for quite a while, and its basic premise is to bring connectivity closer to the end-user’s device, whatever that may be. You might say that in the 1990s Akamai, the first CDN which offered locations around the world that brought internet closer to the home, was the first edge computing deployment. And we have since come a very long way. 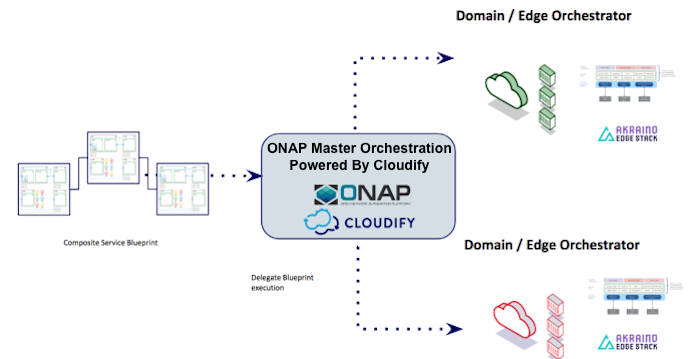 Now, in as much as we are already seeing edge computing being used for satellite technology and other terrestrial use cases, there are still some difficulties that it needs to overcome, such as:

And this isn’t even a complete list of the many challenges edge computing needs to overcome to be truly effective.

Serverless at the edge

That is where Functions-as-a-Service (FaaS) comes into play. Serverless is much more than just the new darling of developers around the world. It brings with it many new opportunities to solve previously challenging use cases. Functions are incredibly versatile, having the ability to run a script at a given time, based on a specific need, and only requiring compute power for that function. This enables architectures that are much more flexible and deterministic. 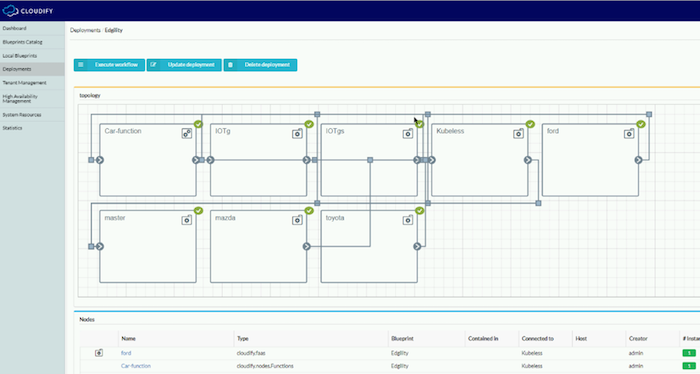 Deployment of serverless functions on edge nodes in Cloudify UI

It is for these reasons that serverless architecture makes edge computing that much more significant. With serverless technology running at the edge, you can see how so many previously challenging issues can now be resolved. Serverless is meant for event-driven transactions that are ephemeral, but there are still issues of longer running processes such as network traffic processing and always available databases. 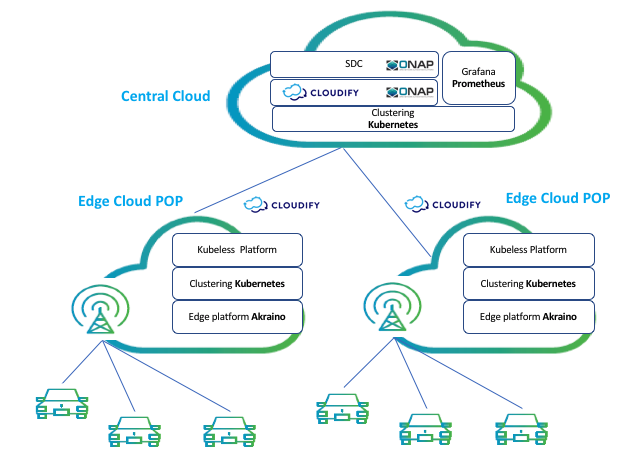 Master and edge node diagram with ONAP and Cloudify orchestration

Now that we have a better understanding of edge and serverless, and how combining these technologies can drive 5G forward, let’s talk about the open source Edgility project architecture.

At the edge we have the Akraino Edge Stack. Akraino is a recent Linux Foundation project aimed at driving a standard for highly available cloud native edge services. The project has a microservices architecture and was specifically adapted for lightweight containers as well as improved resource utilization.

You can see the rest of the architecture above which includes OpenStack VMs running Kubernetes containers as well as Kubeless for seamlessly running functions on top of Kubernetes. It uses Kafka for endpoint event messaging and VerneMQ for IoT event messaging. Cloudify is used here to orchestrate the deployment of this edge node stack. 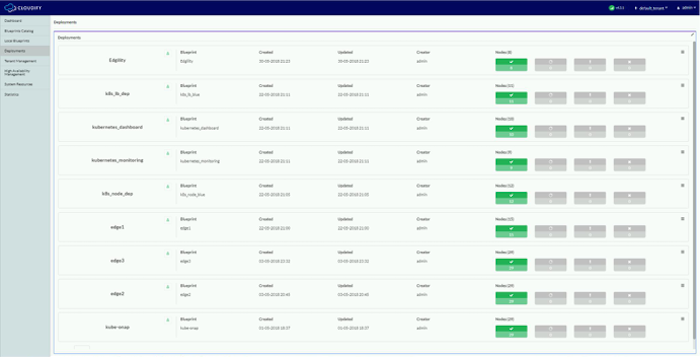 The central cloud comprises Kubernetes underneath ONAP’s Service Design and Creation to create blueprints as well as the ONAP Service Orchestrator (SO) framework that includes Cloudify to process the blueprints. Grafana and Prometheus are used for monitoring and visualization and all those resources are orchestrated using Cloudify and TOSCA. 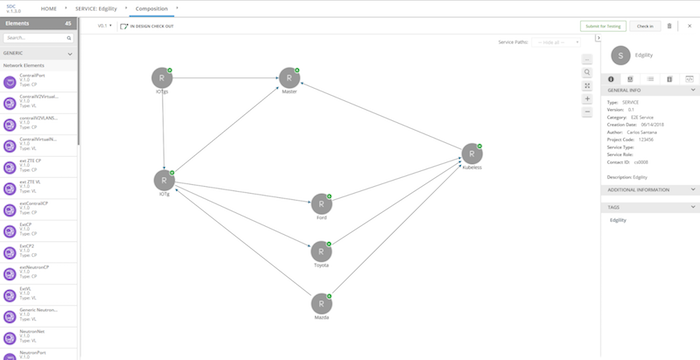 There are two scenarios used to demonstrate how two connected cars could communicate even with a large truck between them, blocking their view of each other. Each car can be fitted with an edge device for sending and receiving signals through the central cloud located at the nearest cell tower.

For this and many other transportation use cases, Edgility is the perfect solution. With the combination of ONAP and Kubernetes in the master cloud and local, modular, and low footprint edge nodes using serverless, and Cloudify orchestration to glue it all together, 5G edge use cases such as this can be brought to market faster, reduce CAPEX and OPEX, and ensure future proofing due to its open source nature. Cloud automation solutions were able to come into play.
5G is here and with it the edge device is the next evolution that telcos and enterprises need to get on board with, and Edgility makes true agility at the edge possible.

A demo of Edgility will be shown at the upcoming ONAP developer event happening from June 19-22 in Beijing by our own Shay Naeh. We will release the demo once it become available.