In our previous post, The Cloud Native VNF Explosion at MWC18, we discussed  the VNF on-boarding process and its challenges. Cloudify and 6Wind have partnered to demonstrate how the VNF on-boarding process can be simplified significantly. The secret sauce is to use a proper orchestration engine… As a result,Cloudify has built a demo where it orchestrates a vCPE use case in which  6WIND Turbo IPSEC Edition is used as a virtual router VNF. Below is a simple walk-through to demonstrate how easy it is to on-board a typical vRouter VNF along with its services through a simple TOSCA blueprint.

Register to watch the Deploying VNFs at scale with Cloudify Webinar on demand!

This scenario demonstrates how high performance networking software combined with commercial off the shelf servers (COTS) and open source orchestration powered by TOSCA can offer alternatives to expensive networking equipment. This scenario is based on a hypothetical company that has its HQ (headquarters) and a few distributed branches, where there’s a need to connect these branches over IPSEC VPN to the HQ.
Cloudify blueprints to run this scenario can be found in here:  https://github.com/astianseb/6wind-demo
There are  two similar scenarios:

The purpose of the two scenarios is to showcase how a service can be modeled depending on the requirements: it can be part of the VNF instantiation or it can be provisioned on top as a distinct service.
This post will focus on the three-stage demo scenario #2.

How it Was Achieved

The prerequisite is to have a 6WIND Turbo IPSEC  image with Day0 configuration which allows a management address assigned by DHCP and SSH access.

Download the demo repository to the machine which is running the CFY CLI:

After few minutes we should see VNF running in Openstack:

…and we should be able to now see deployment in Cloudify Console:

… we can then log into the VNF via the management interface’s floating IP: 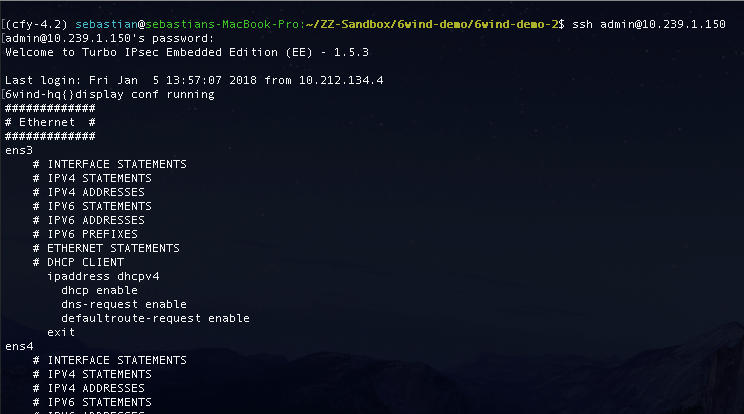 The 6wind-hq router is now configured with a baseline configuration with no VPN configured.

…after few minutes we should be able to see VNF available on Openstack and see the deployment in the Cloudify Console: 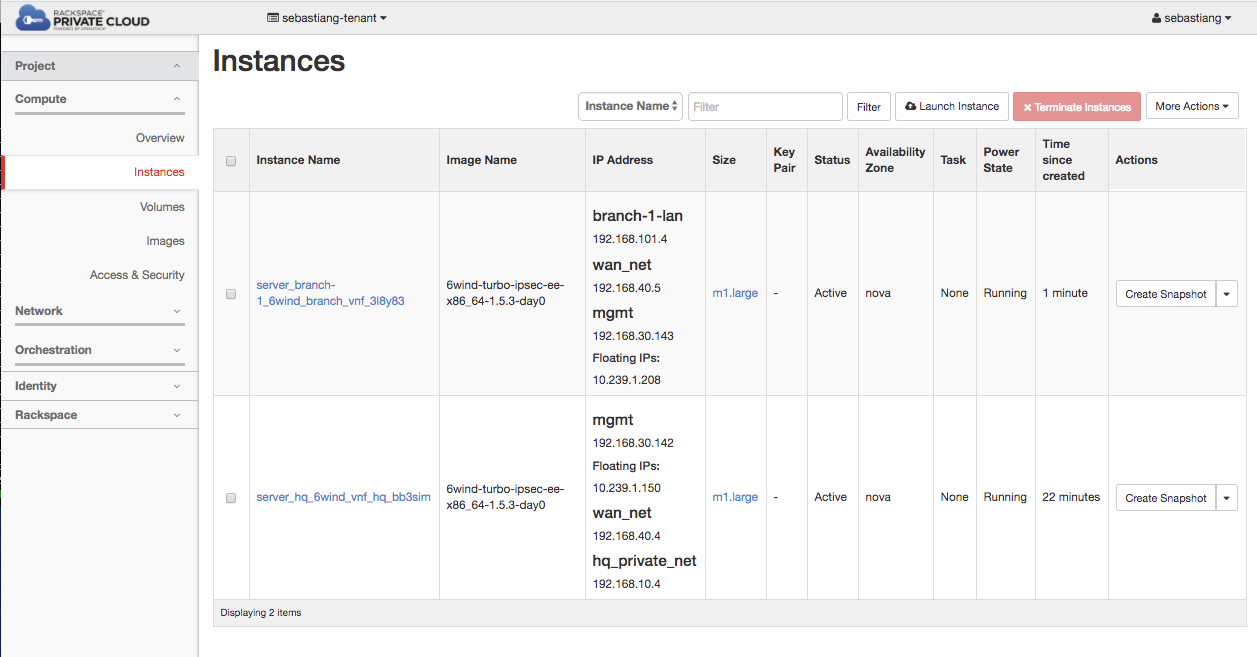 …now we can login again to the management IP address of branch-1 VNF and see that no IPSEC VPN is configured (see IPSEC stats) :

…after a minute we should see the VPN deployment (branch-1-vpn) being instantiated in the Cloudify Console: 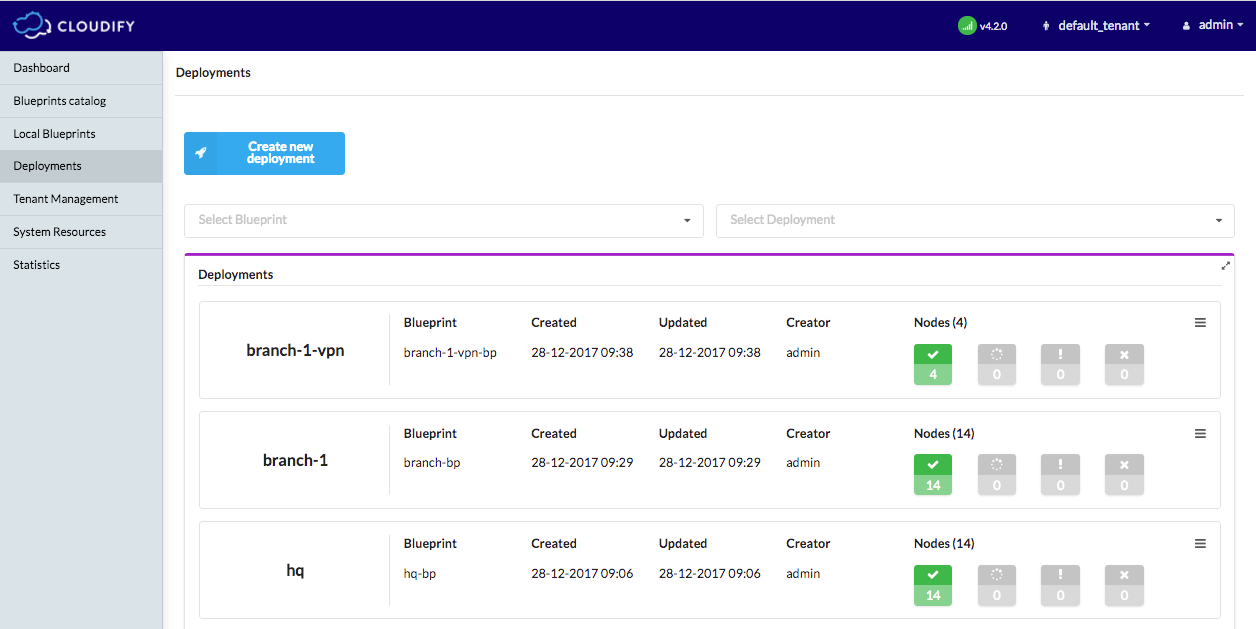 Now having VPN as a separate deployment, where we can uninstall it from devices directly from the Cloudify Console – which will remove the VPN configuration from the VNF. Once we run the install workflow again – it will re-initiate the VPN configuration.
That’s it!
Watch how 6Wind built a VNF onboarding use case of their own with Cloudify, 6Wind, and Advantech – >> WATCH 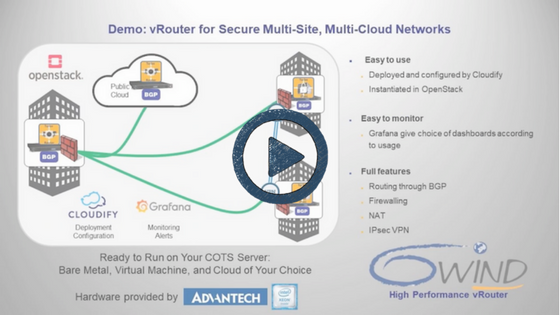