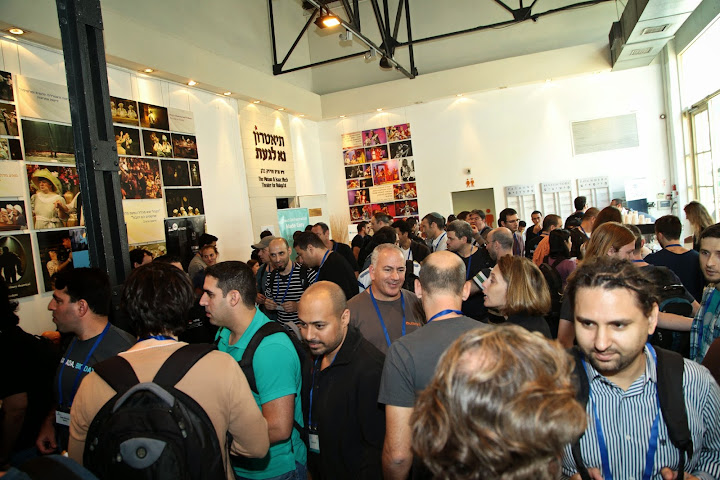 This post has been a long time coming, since following an event the size and caliber of this last DevOps Days Tel Aviv – there were still a lot of loose ends to tie up, and we just about finished (and just shy of a month).

The primary focus of this last month though, was to to take the time to really review the event – the good with the bad so we can grow and improve for our next events.
The turnout and growing interest and support across the technology industry in the DevOps community in Israel simply doesn’t cease to floor us on the organizing committee – as well as the support and from the international community, who immediately jump onboard to help make each DevOps Days an excellent event.

From the speakers and attendees – a big thanks to Daniel Willis, even before Daddy John who also rolled up his sleeves and got involved, to Michael Ducy and Yossef Mendelssohn who contributed immensely through their unwavering involvement in all aspects of the event’s success.  But on top of those who actually came on out and took an active part – there were those who really really wanted to, but just couldn’t make it happen from a scheduling perspective – from the brilliant Stephen Nelson-Smith who had to bow out at the last minute, through J. Paul Reed from the excellent Ship Show podcast, Julia Ferraioli who all but promised to take an active part next year, and Nicole Forsgren-Velasquez who will be wearing her DevOps Days Tel Aviv t-shirt with pride, until she makes it out to the next event. Of course, there’s not forgetting the awesome team at O’Reilley who supported this, and pretty much EVERY DevOps Days event with goodies and books and shout outs – so thanks Marsee and Jason for your generous contributions.

Yay for another great DevOps Days! Get Cloudify, eh?  Go

It’s important to us that DevOps Days Tel Aviv only evolve, and get better from year to year- so it can continue to serve the community and deliver what is expected.  Following the event, we sent out a poll that you are still eligible to fill in (and one lucky respondee will receive a $100 Amazon gift card).  We really need and want your feedback – and are willing to allocate what’s left of our already tight budget to encourage you to do so, it’s really that critical.
This event had a completely different vibe and put DevOps Days in a whole ‘nother league of Israeli events.  As the lead organizers, we’d like to share some of our impressions and takeaways from the event, and what we hope for going forward.

For me, this event was huge from a community perspective – besides all the ongoing buzz with three different hash tags during the event itself – there was so much interest and an outpouring of support from so many in the international community, and I hope this will carry on through next year.  If this year’s growth from last year’s event is any indication – we’re hopeful that we’re only an upward trajectory, and we plan to do everything in our capacity to make sure the event delivers what the community expects (from getting actionable to working on changing the format to suit everyone’s needs).

There’s no doubt that the DevOps community in Israel is just growing, and it seems like everyone is talking about devops, however, my primary sentiment having said that, is that the community is still having difficulty seeing and understanding the culture side of things. This was also quite apparent from the feedback received and from the openspace talks. And of course, Docker is all the buzz, still.
From an organization perspective, I think we reached the realization that we need a different format, possibly two tracks to cover both culture and tooling, and perhaps make an effort to explain the concept of the conference better to first time attendees – of which there were surprisingly many.

It looks like people are still focusing on the “easy part” of DevOps, i.e. tooling, and instead of thinking about changing the actual processes in their organizations, to me at the end of the day, choosing between Puppet, Chef or Ansible won’t have such huge effect as you might think.   It all comes down to the culture first and foremost, and that is a realization that will still take time for the community to understand and cultivate.  I found that everybody was all abuzz and focused on the Holy Grail of monitoring – automatic anomaly detection.

My impression is that technical solutions are still what’s sought after in the local community. Where DevOps is about changing the way people think about their work processes, I believe we need to make an effort to get CEO’s, CTO’s and VP R&D’s more involved in these events. At the end of the day to achieve any kind of true culture change within an organization, they’re the ones who really need to take part in DevOpsDays and start to change the mindset and processes within organizations.  We need to remember that DevOpsDays is a movement. Unlike Velocity, DevOpsDays is meant to deliver a message rather than supply a solution. The solution is a byproduct of the message.  I think that unless we manage to get more people of influence to come to DevOpsDays, DevOps and DevOpsDays in particular will always be primarily tools focused.

All in all, it was great to have pulled this ambitious event off (and even roll with the punches of canceled talks and such), and really not have had any major glitches during the event on top.  Having the event grown so much from year to year with even more sponsors onboard, we as an organizing team were able to actually be available on the ground for the community and hear the feedback firsthand and get a live sense of how the event was going.  I can personally say that I’m proud to work for a company that sees the value and importance of putting such a community event together – at the expense of our own company’s needs.  We encourage more people from the community to continue being involved and definitely share your vision with us on what you’re looking for at these events.
Still to come, a dedicated blog post by our own Nir Cohen on his talk from DevOps Days.
Below, you’ll find the videos from the event, the pics, and the slides from the event. 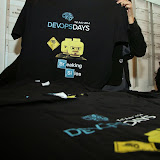 We’ve also started a new blog, which we hope to expand to a mini-site, where people can contribute posts, can vote on the event format, can suggest talks and tracks and more.  We hope this will evolve to be a primary means of communication with the community, so please follow.

We hope you’ll be able to join us for the next one!