Earlier this month Zynga announced its move from Amazon AWS to its own private Z-Cloud. Sony also started to move increasing parts of its workload from Amazon to Rackspace OpenStack.
There isn’t so much in common between these different use cases, except for the fact that they may indicate the beginning of a trend (I’ll get back to that toward the end) where companies start to take more control over their cloud infrastructure.
So what really brought Zynga and Sony to make such a move?

Zynga moves from Amazon to their own private cloud 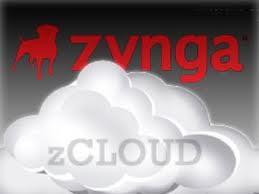 Zynga ran their gaming services on Amazon for a while. It was noted that the cost of running these games on Amazon cost Zynga $63M annually. This cost and the continuous increase of their workload forced Zynga’s management to look for ways to control their cloud operational costs. Zynga realized that at that scale, they are just better off building their own cloud infrastructure. By doing so, they could also optimize the cloud infrastructure for their own needs and reduce the operational cost margins substantially as a result.

According to Zynga their private cloud operation is reported to increase utilization by 3x, which means that they will need 1/3 of the servers that they would need from Amazon for the same workload, as noted by CTO Allan Leinwand on Zynga’s engineering blog:

For social games specifically, zCloud offers 3x the efficiency of standard public cloud infrastructure. For example, where our games in the public cloud would require three physical servers, zCloud only uses one. We worked on provisioning and automation tools to make zCloud even faster and easier to set up. We’ve optimized storage operations and networking throughput for social gaming. Systems that took us days to set up instead took minutes. zCloud became a sports car that’s finely tuned for games.

The other thing that is interesting with Zynga’s move is that they didn’t make the move just to cut costs. The move was part of a more strategic direction to create a gaming platform for additional games. Apparently when your service becomes a platform, controlling your infrastructure becomes more strategic than just the cost factor. It’s a big differentiator that can put Zynga in a completely different ball game than its competitors; it will also enable them to have better control over the dependency on Facebook and build their own independent ecosystem.
According to Dave Wehner, CFO at Zynga, the company will lower its cost of revenue over the next 18 to 24 months as third-party hosting costs decrease. Wehner said that Zynga plans to “roll off the majority of those third-party hosting arrangements.”

Zynga’s capital expenditures in the fourth quarter were $50 million, down from $63 million in the third quarter. Most of that spending is focused on zCloud. For 2011, capital investments were $238 million.
The building of its own infrastructure will help the bottom line. Zynga can depreciate its gear and lower quarterly expenses. “We believe this investment will have a short payback period and enable us to expand gross margins in the long term,” said Wehner

The important thing to note is that Zynga’s move wasn’t because of Amazon’s failure as it first reads. It’s more of a natural evolution and maturity cycle of the company.
Sony move from Amazon to Rackspace/OpenStack 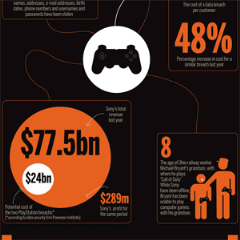 Sony’s gaming arm faced a number of security breaches last year, as reported by NetworkWorld, which compromised the personal identity information of millions of players within Sony’s gaming network. This event forced Sony to look for ways to have better control of their infrastructure exposure. Their approach was to move some of their workload to Rackspaces’ OpenStack.

My take:
We’re often taught that infrastructure is a commodity that we shouldn’t care much about, and should essentially outsource everything. It turns out, that as the cost of infrastructure get bigger, and as our needs become more unique, controlling the infrastructure becomes a critical part of our business. Controlling your infrastructure could mean having your own private cloud as is the case with Zynga, or minimizing your dependency on a particular cloud provider as is the case with Sony. The good news is there are enough free OSS tools out there such as Chef, Puppet, and Cloudify that can help to reduce the complexity that is often involved with such a move.