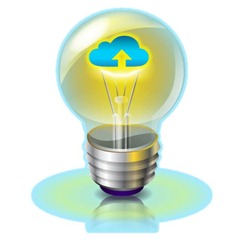 In my previous post Moving Enterprise Workloads to the Cloud on a Massive Scale, I pointed out the reasons for moving Enterprise workloads to the cloud.
I also argued that the current approach doesn’t work, as we need to think of moving apps not as one-off projects, or as an afterthought, but at a large-scale. Moving apps at a large scale requires a completely different thinking.
I laid out what I believe should be the core principles behind this approach:

In this post I will be referring to the way we’ve implemented this approach with Cloudify.

General approach
The least common denominator with all applications, regardless of their size and language, is that they all map to a group of processes with some degree of interdependency between them. Cloudify manages applications at the process level, and as such uses the same underlying architecture for any application regardless of the language or the technology stack that comprises the application. Having said that, working at the process level is often not enough as not all processes were made the same. For example, databases behave quite differently from web containers and load-balancers. In order for us to still get in-depth knowledge about the managed application’s processes, Cloudify uses a recipe-based approach. The recipe-based approach enables us to describe the elements that are specific to that individual process such as, the configuration element, the dependency on other processes, the specific key performance indicators that tell if that process’ behavior is aligned with its SLA, and such.
Working on the process level makes it possible to plug-in to a large variety of infrastructure environments whether they happen to be in public, private or bare-metal environments. Cloudify uses an abstraction layer known as the Cloud Driver that allows it to plug-in to a large variety of cloud and private data center environments through simple configuration.
Here is how Cloudify maps to the specific principles that I laid out above:

Final notes
Cloudify was designed, to a large degree, on the lessons of our earlier generation PaaS solution. In our earlier generation solution, we took a cautious decision to bind it specifically to Amazon and chose Java as the primary language of choice. A lot of that had to do with the maturity of the cloud market at the time, and the availability of tools and frameworks. Since then, there has been a very rapid advancement on almost every front which changed the entire landscape. That brought us to develop Cloudify.
When we came up with Cloudify the first thing that was clear to us was that we could take a vastly different approach to the way most PaaS solutions were designed to to run, and set the ambitious goal for running any app, on any cloud without compromising anything in terms of the control factor. I didn’t expect that within a period of a year we’d see major enterprises and ISVs use Cloudify to run apps that, even I,  never imagined could run on the cloud–such as network-based services and legacy apps that were written ten years ago when cloud was only an item in our weather report.

Today, I’m even more surprised to see how independent users have become with the platform. For example, one of our partners is using Cloudify for continuous delivery and integration. Another partner is using it to speed up the project delivery time for his customers, and use that as a major differentiator from their primary competitor. A major enterprise is using Cloudify in combination with Chef where they build an entire framework to automate the deployment of applications that were described in Chef, and auto-generate the Cloudify recipe on top of that. A major ISV is using Cloudify as part of its own cloud solution to offer their existing apps as a service, as well as on-board customer apps to their cloud platform. These are only few examples that represent some of the more interesting use cases that I came across recently. There are many projects that are coming along specifically around our recent integration with Chef and the work that we’ve done on the big data front.
References