The OpenStack Day Israel event is now behind us. But what a whirlwind event it was. From the speaker dinner to the keynotes to the ignite talks (borscht included) and the afterparty, we can definitely say this was a wonderfully successful event with over 500 attendees for this one day OpenStack extravaganza – it was standing room only!
This post will be a recap of the event highlighting the interesting activities and content from OpenStack Day Israel 2016 so you can relive the magic of the event or, if you missed it this year, give you a bunch of reasons to look forward to next year’s event.

You can also find some great content from the event below:

The festivities started with a beach party in Herzliya where we had 40 speaker and sponsor guests join the organizing team for some fun in the setting sun. It was a fantastic evening with kayaks, booze, great food, and even better company!

The morning of the event started around 5am for me. The convention hall was quiet, but I knew that the proverbial storm was coming. Within an hour we had sponsors arriving to get booths ready, suppliers calling for instructions, and technicians working on lighting, sound, and video. The event was about to begin.
We got everyone seated for the keynotes and Nati Shalom got on stage to address the crowd and speak all about the Israeli contribution to the OpenStack Project.
Next, we had Jonathan Bryce, Executive Director of the OpenStack Foundation, talk about OpenStack growth around the world and the amazing work being done.

This year we had two really fantastic and compelling talks: The first, from Avi Simon and Dor Litay, CIO and Digital CTO of the Israel Defense Intelligence, talked about the huge transformation they made from being a classic, slow-moving behemoth in tech, to becoming an agile cloud-based organization using OpenStack at massive scale. Our second keynote was another out of this world talk by Tim Bell of CERN who discussed CERN’s own epic OpenStack deployment already running in production to support the infinite amounts of data coming out of their research. 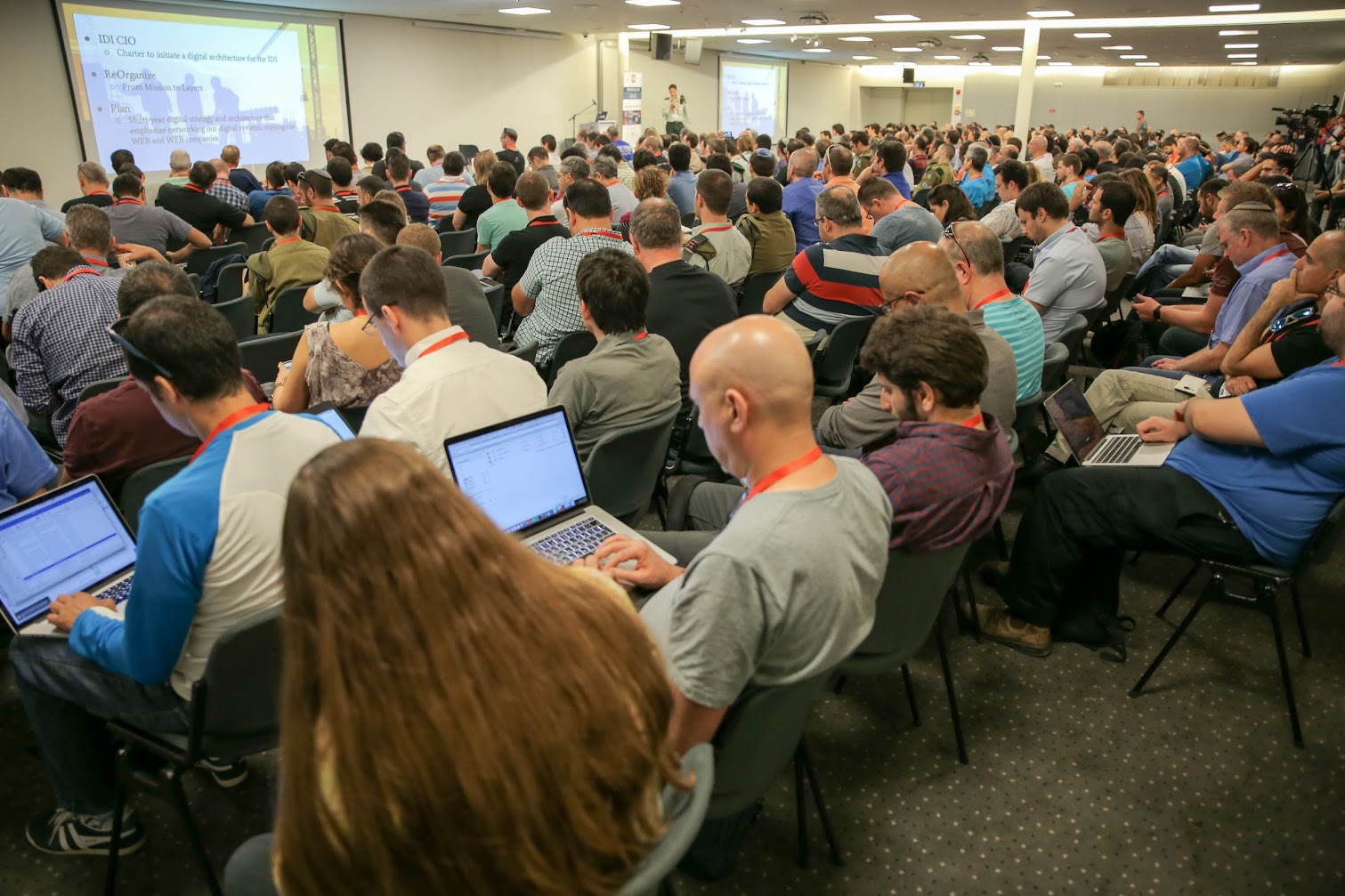 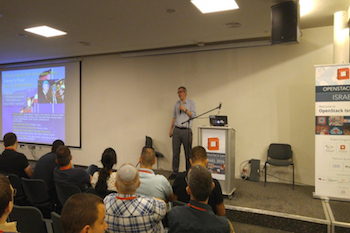 We also had two great mini-keynotes from Jesse Proudman, Founder of Bluebox and now part of IBM and Frank Weyns, Rackspace’s Director of OpenStack International. Jesse spoke about scaling at a massive level and Frank talked about what his clients are doing right in getting OpenStack running in production. 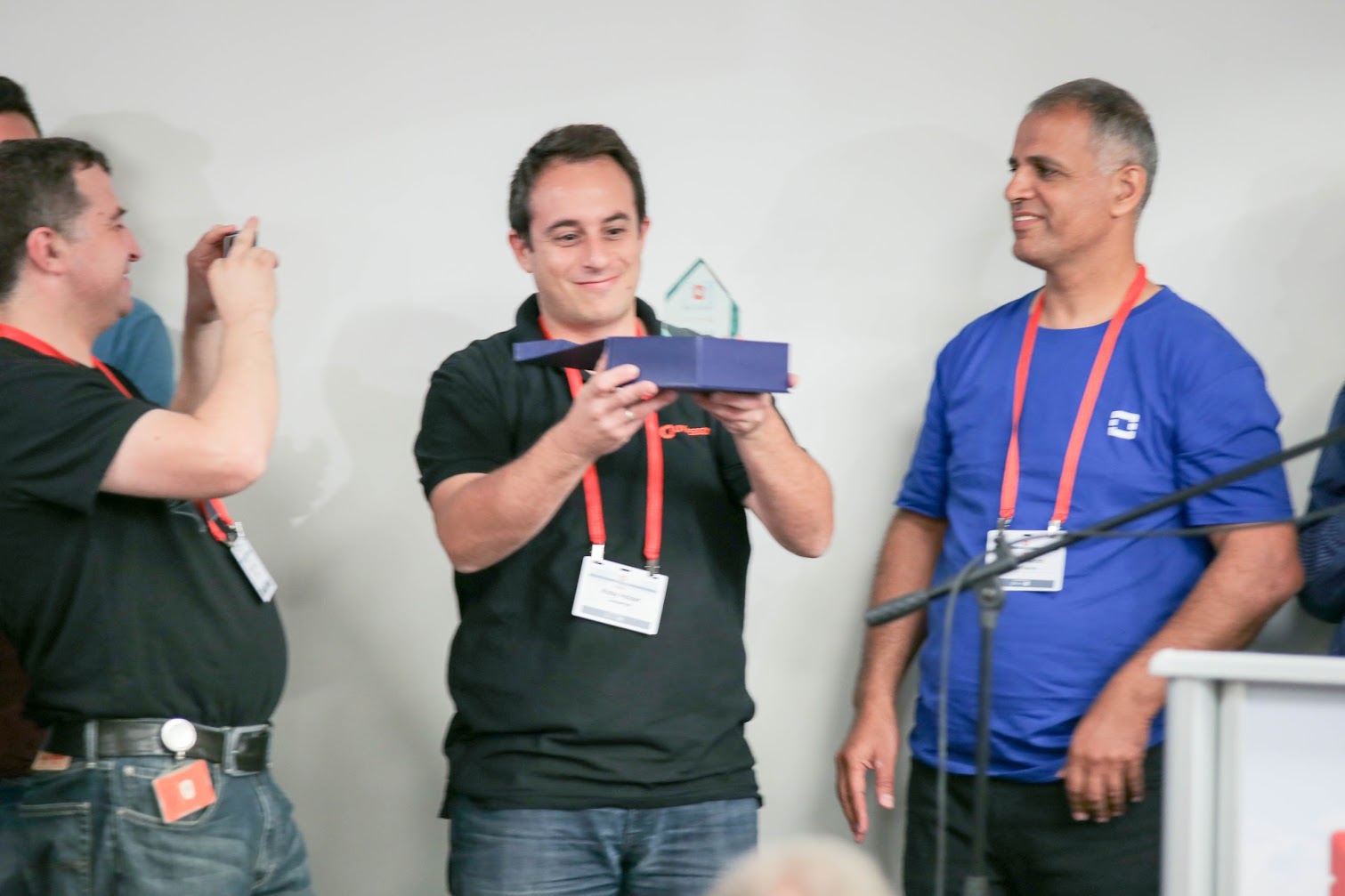 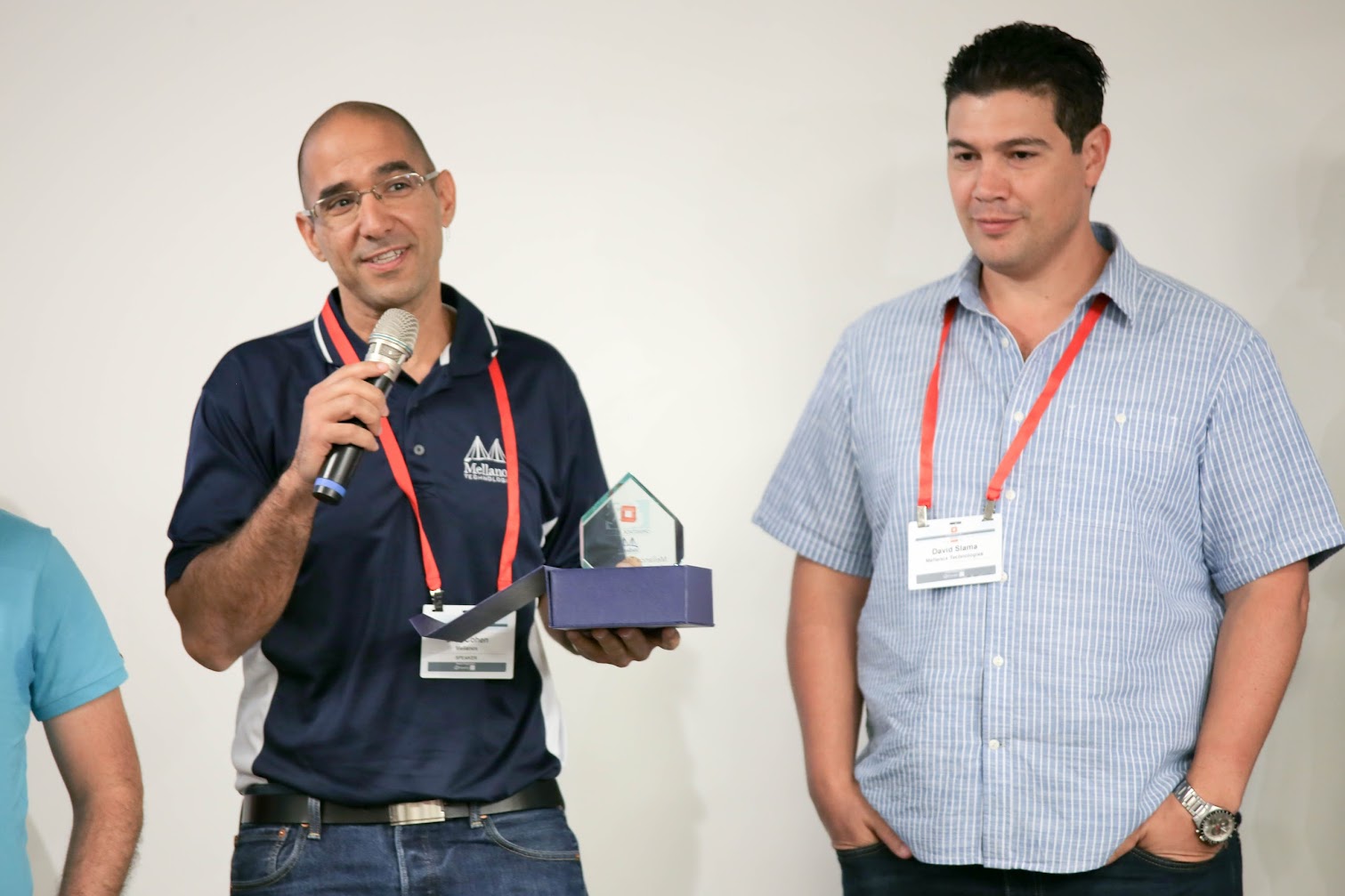 With three rockin’ tracks at this year’s conference, we had a wonderful variety of talks and workshops on topics ranging from how OpenStack is actually built and doing CI provisiong on OpenStack, to Kubernetes orchestration and running Neutron at scale.
There was one workshop in particular that was the “Belle of the Ball” – a Kubernetes and Docker intro workshop by Liran Cohen of Liveperson. This workshop was just what the audience ordered and the jam-packed room loved it. Clearly the Israeli community is looking at containers as a real contender for their workloads. 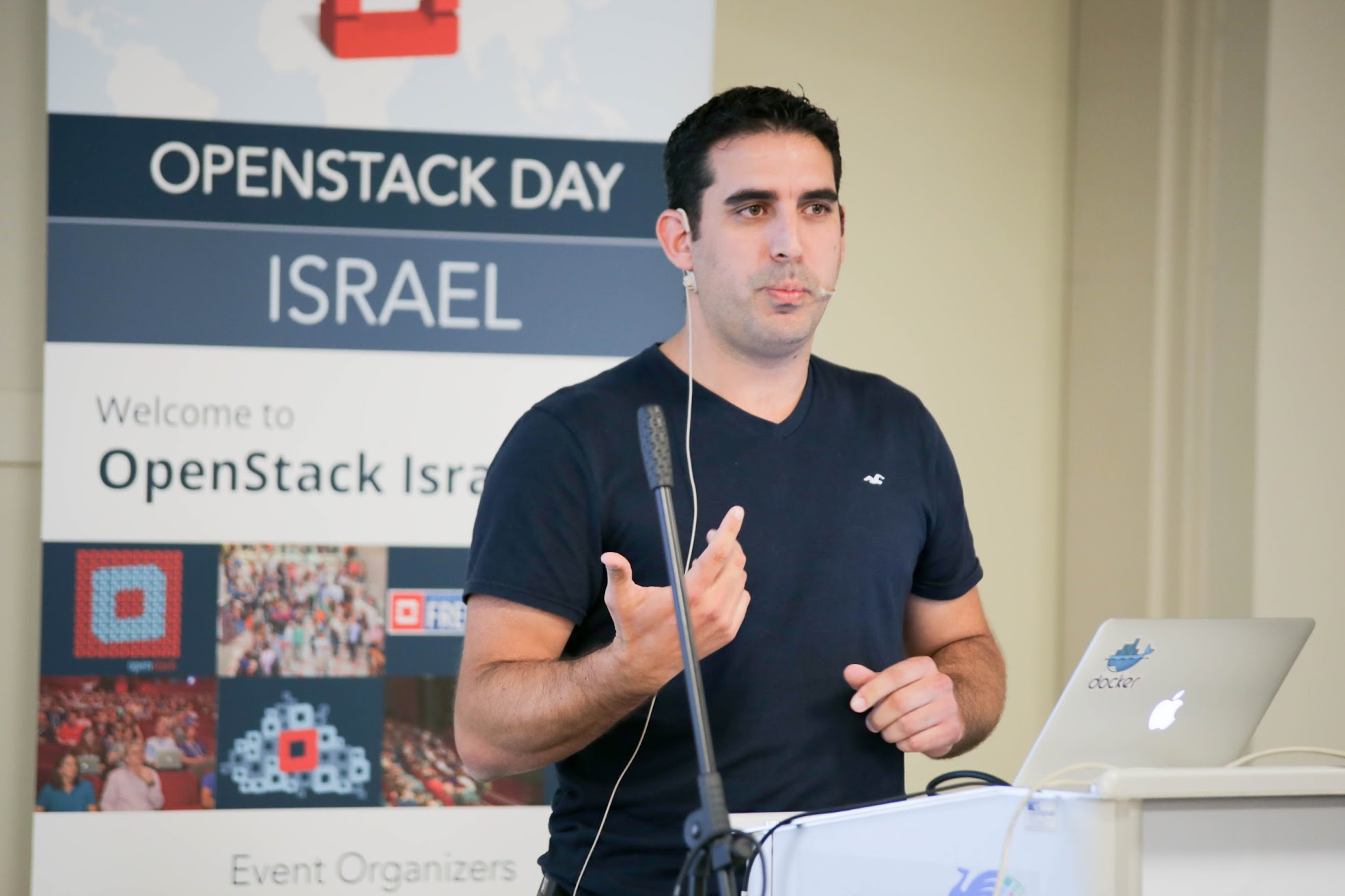 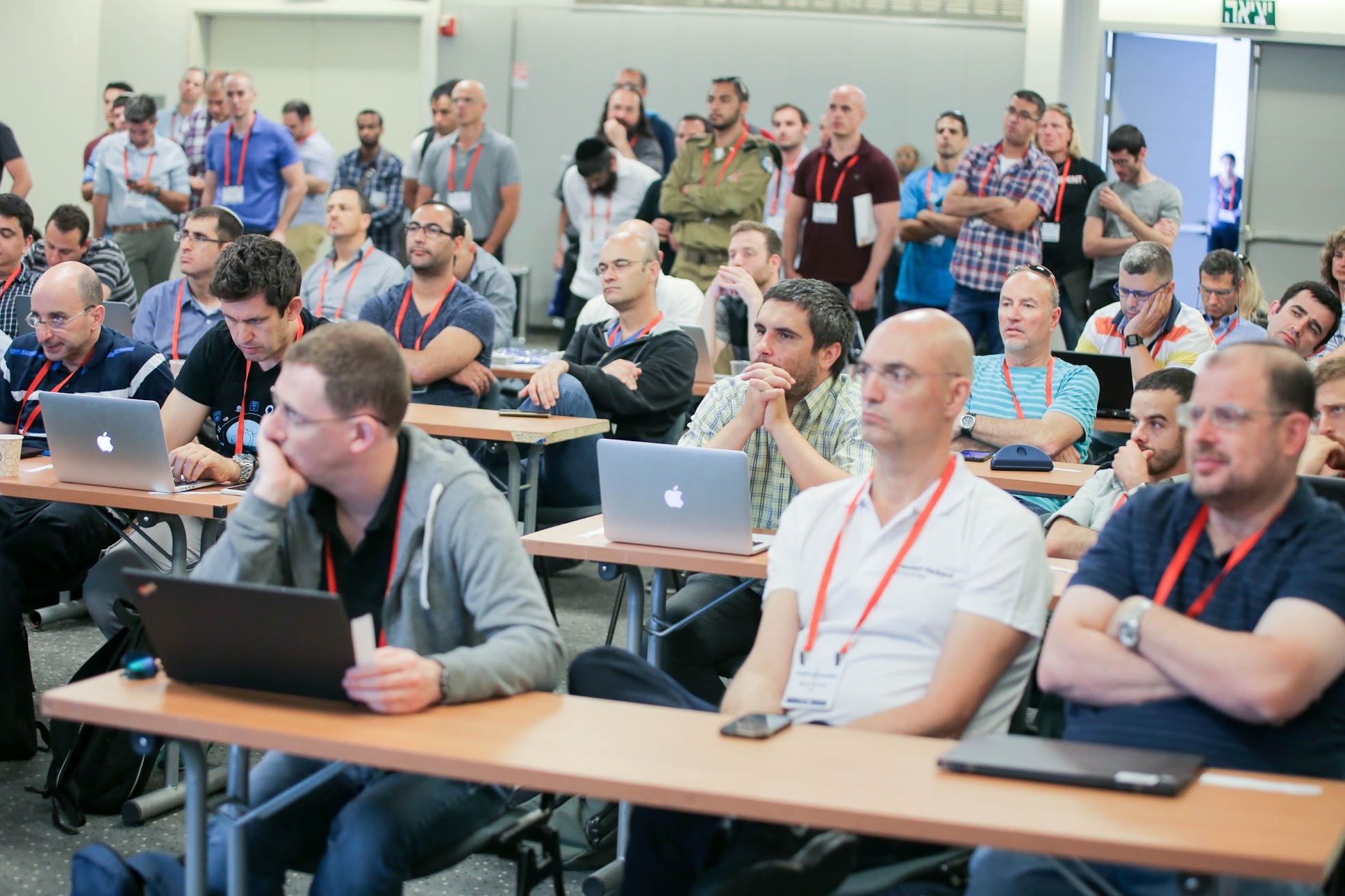 Two other full talks were those by Anton Weiss of otomato and Livnat Peer of Red Hat. Anton talked about the role of each tool in OpenStack and the pipelines along which changes have to travel before they find their way into the approved Openstack codebase. Livnat spoke about Networking quality of service in Neutron and how her team enhanced their extendable mechanism to support upgrades, RBAC (Role Based Access Control), DSCP marking and more. 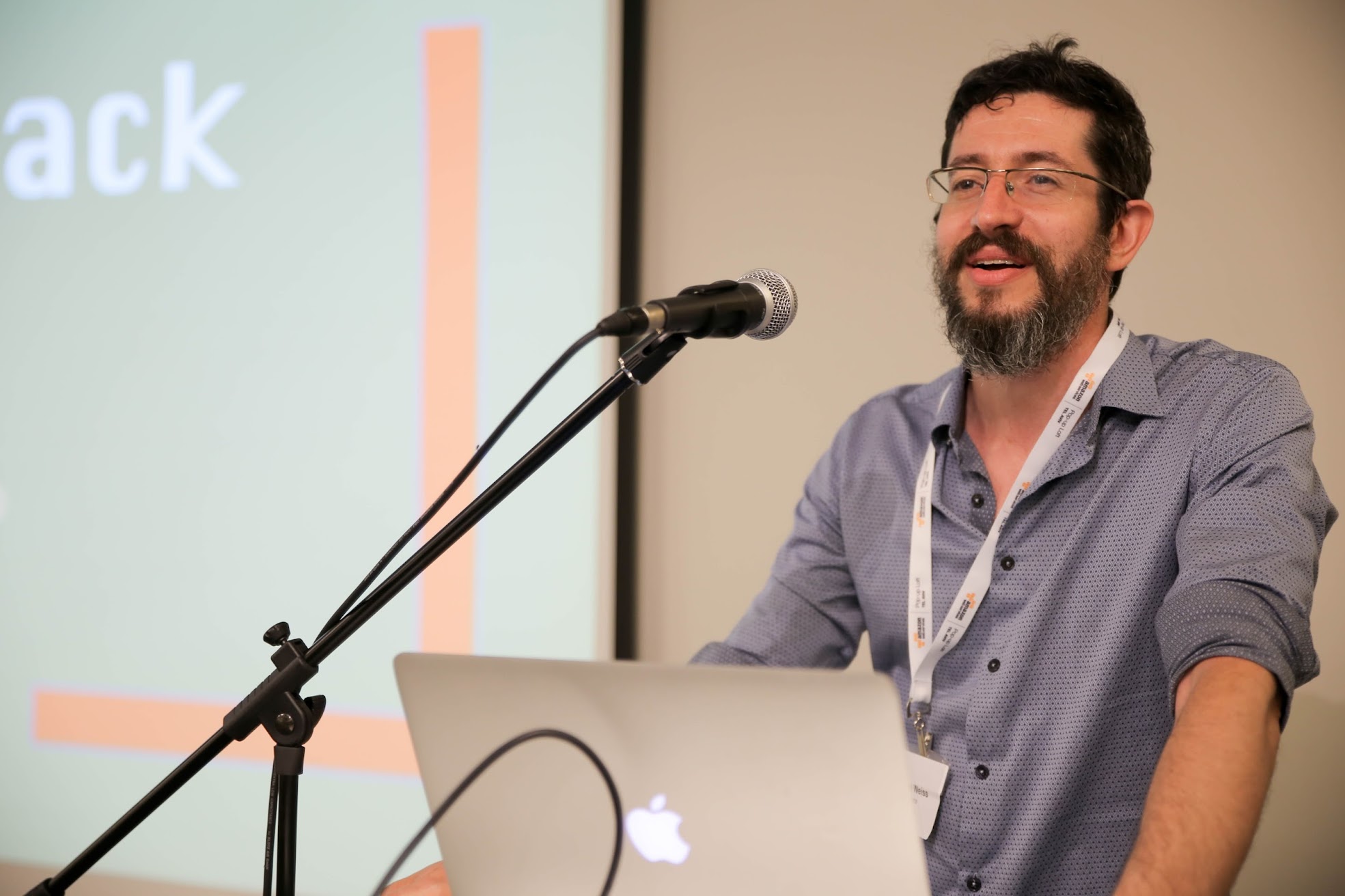 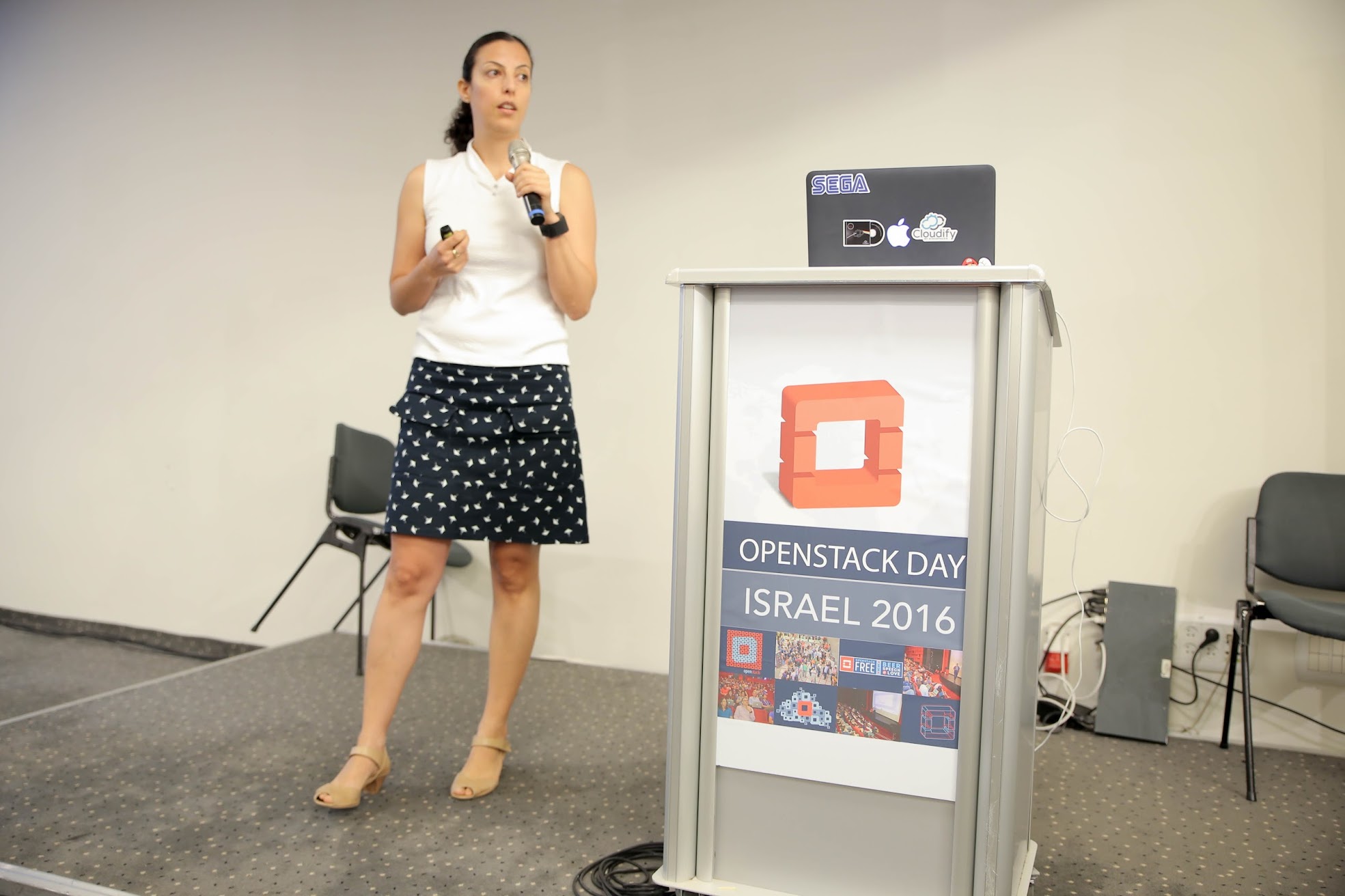 You are welcome to check out the full agenda on the OpenStack Day Israel website.

The Ignites (and Borscht!)

Four exciting ignite talks. That’s all we needed. The audience was completely engaged watching Alon Harel, Florian Haas, Gregory Touretsky, and Ori Weizman presenting their short and impressive five minute talks. Every one of them added a unique style of presenting, whether funny, interesting, or purely technical.
Arguably the most memorable was Gregory’s ignite talk entitled “Too Many Cooks Spoil the Borscht Stack,” which included various references to, and images of, borscht. 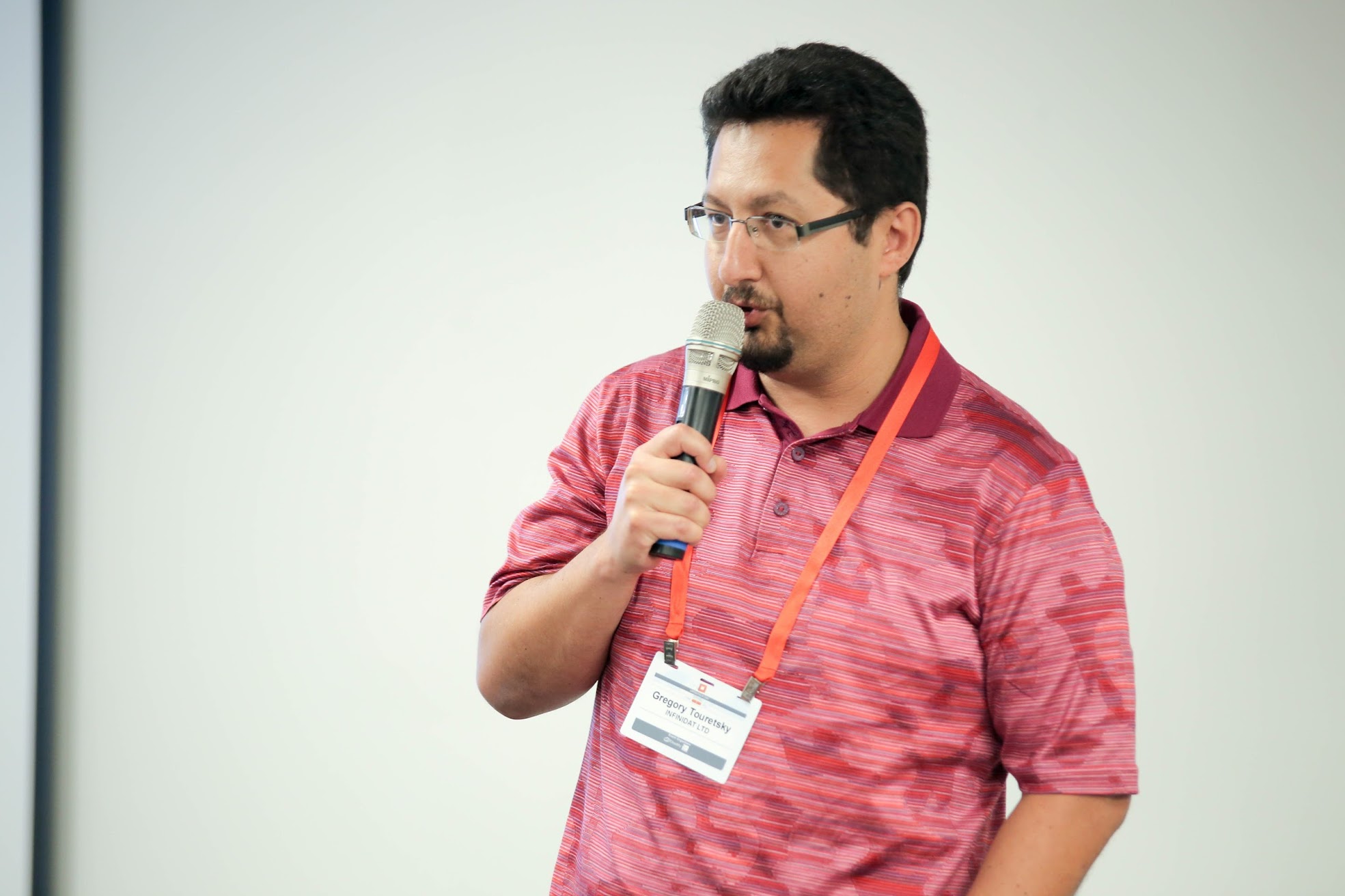 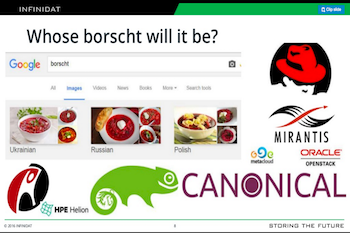 We ended the talks with a brilliant NFV panel moderated by Mark Collier to bring the event to a close. The panel included representatives from HPE, Nuage Networks, Huawei, and Mellanox. The lively discussion was centered around OpenStack’s NFV future and these guys are some of the most knowledgable out there. 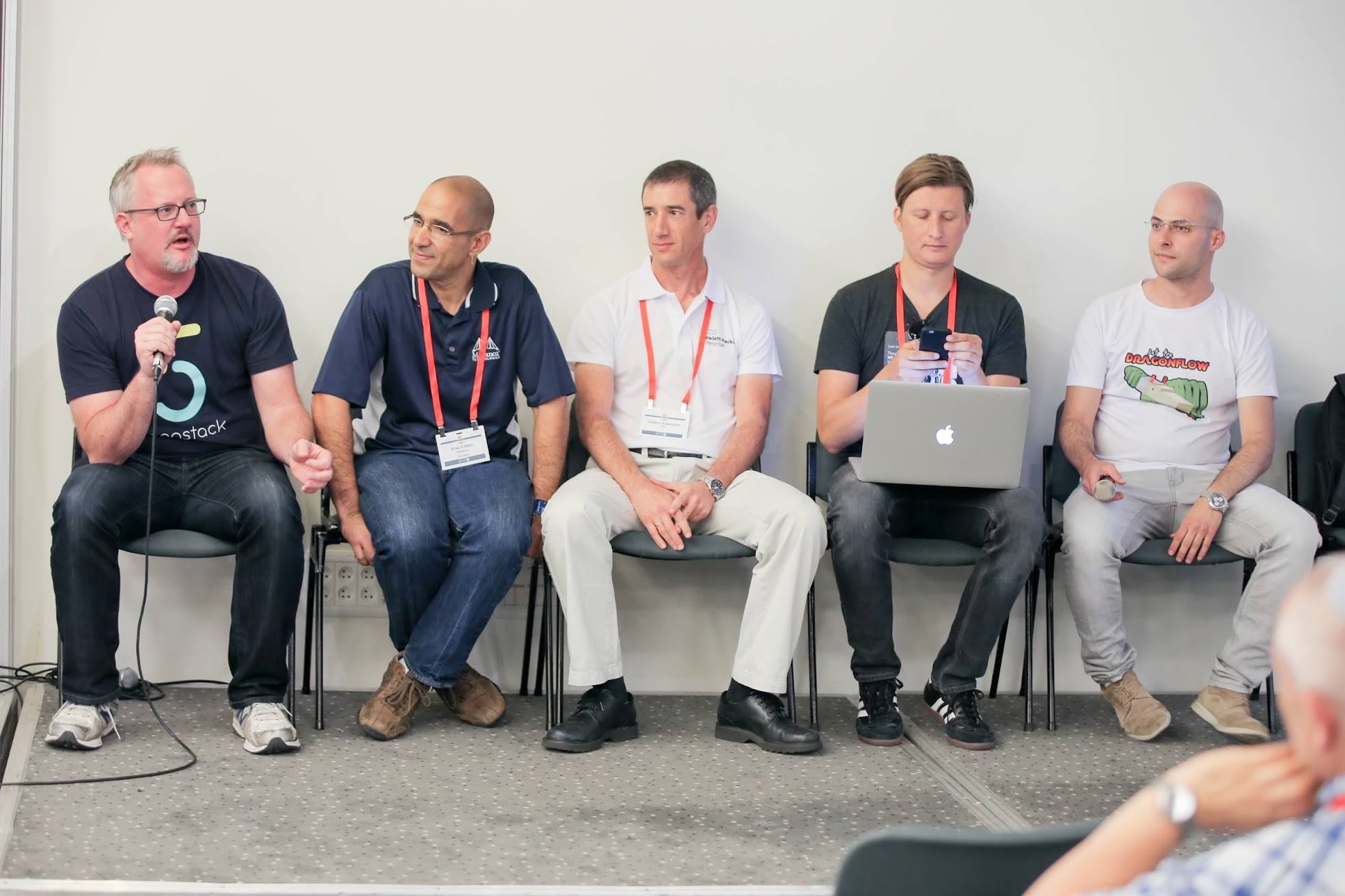 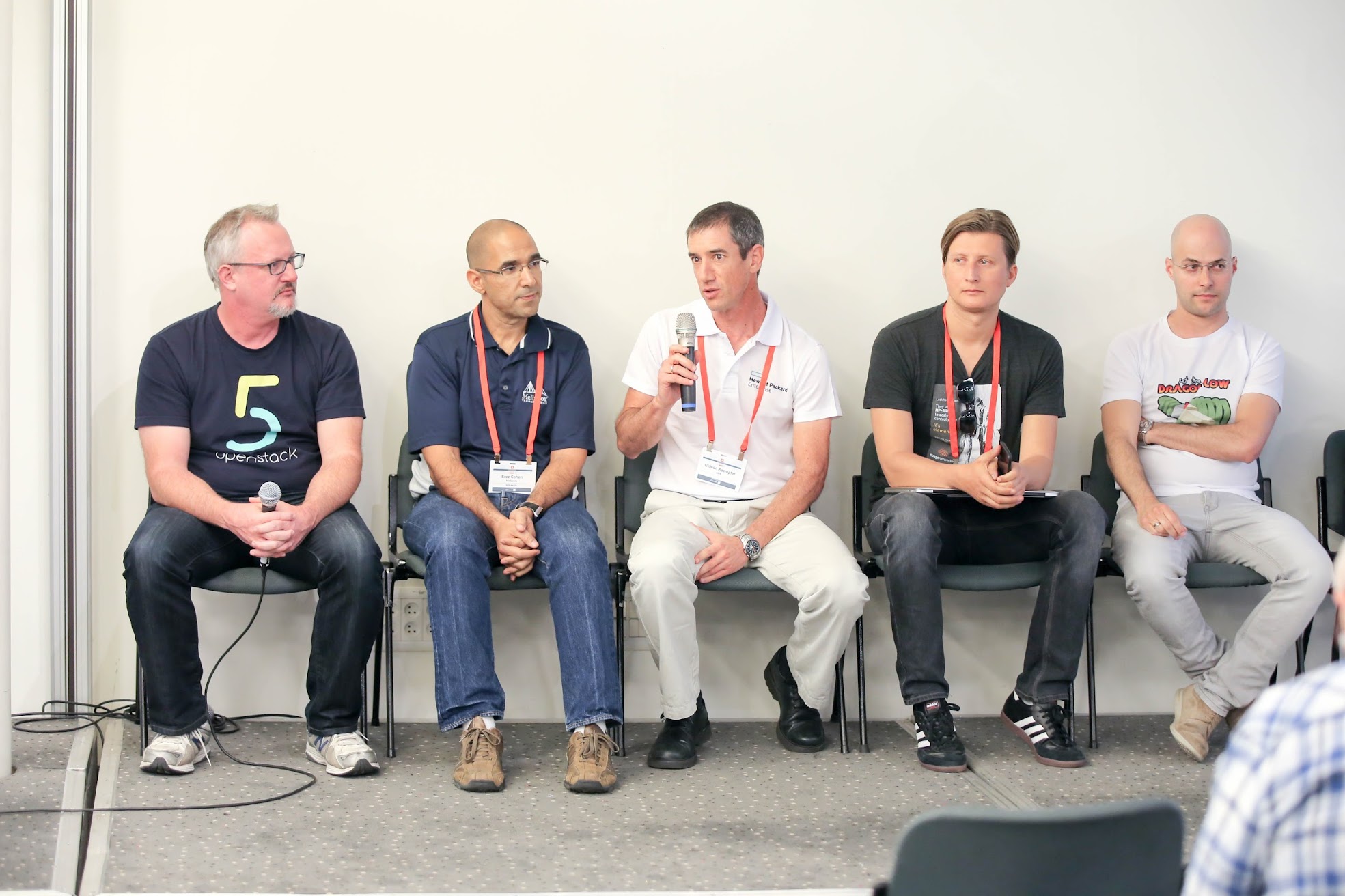 To cap off an incredible OpenStack Day Israel event, we had beer on tap, pancakes with all the fixings, and loads of fun snacks. All-in-all, it was an event we will remember for a long time as the start of a new era in the OpenStack Israel community breaking through to new heights! 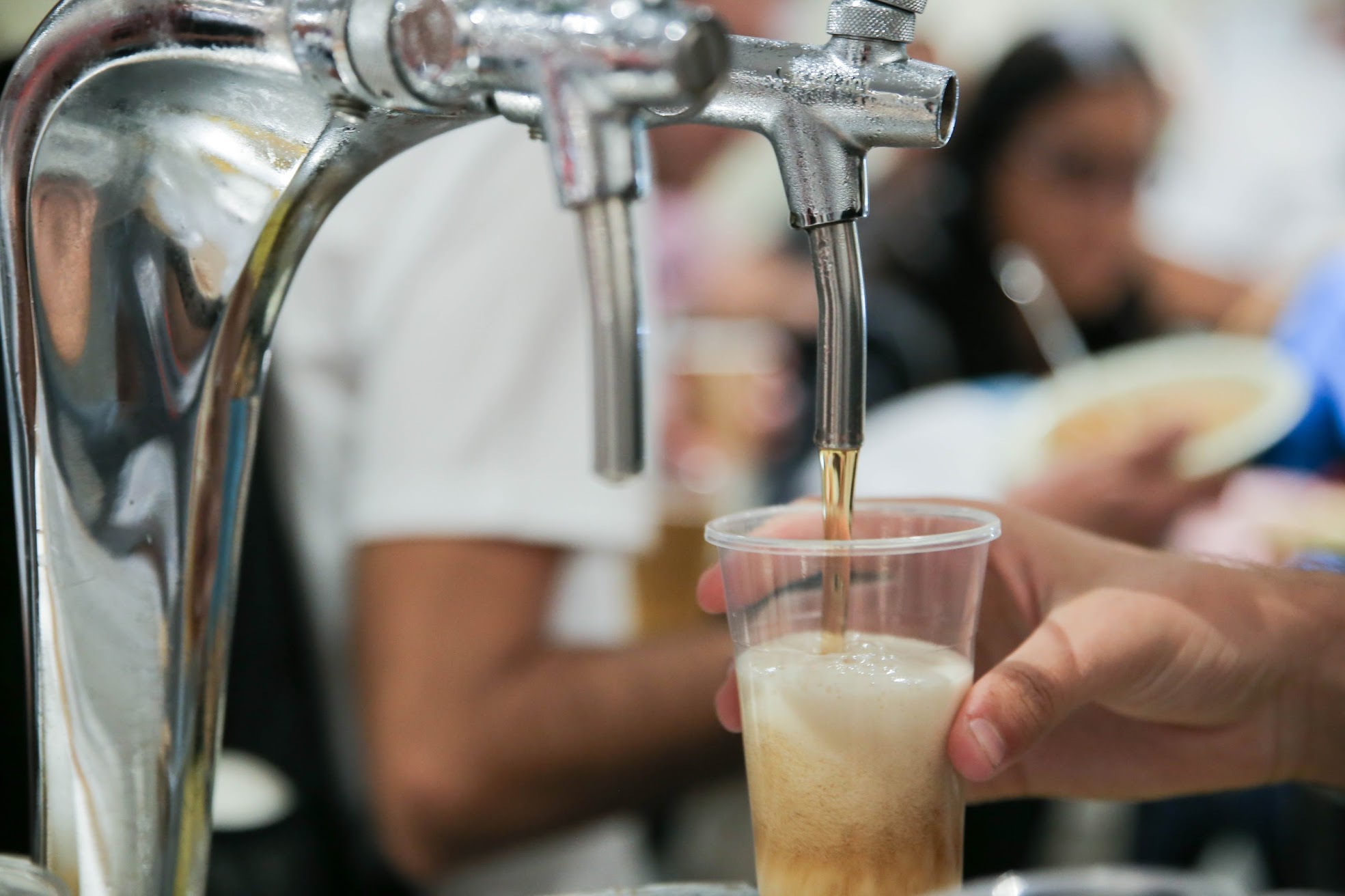 Also, listen to our OpenStack Day Israel Recap episode at the OpenStack & Beyond Podcast website and other expisodes to get another fix of OpenStack goodness.