Telcos and enterprises alike are all clamoring to virtualize their networks, in order to reduce dependence on hardware, enable greater agility, and cost savings. And it’s no surprise that as a result of the networking industry being a very closed and proprietary market segment to date, Telcos and enterprises are turning to open orchestration to make the transition from physical to virtual network services, without being locked in to a black box of OSS/BSS.  This is where TOSCA-based modeling comes in.

Register to watch the Deploying VNFs at scale with Cloudify Webinar on demand!

Cloudify, built on TOSCA – from the ground up on principles of openness, has been facilitating this gradual transition to a fully virtualized network, without requiring organizations to get rid of their current hardware investments. In this way, telcos can easily on-board and chain their VNF services alongside PNFs enabling telcos to leverage their existing infrastructure while working towards a completely virtualized network. By enabling common automation for existing as well as new technology side by side, the barrier to entry for becoming cloud native is significantly reduced – enabling organizations to build best of breed networking stacks and adopt new technology significantly faster, to increase agility & innovation.
NetNumber recently announced the integration of their TITAN platform with Cloudify to orchestrate the deployment as well as on-boarding, service chaining, and management of its various VNFs. This is a very important step in the virtualization of the operator network as they move to virtualize their signaling systems.
With Cloudify as the VNF Manager (VNFM) and using a TOSCA-based blueprint as the topology, the TITAN Master is deployed onto OpenStack, or any other cloud. Cloudify makes it possible to automatically on-board the TITAN Edge nodes and connects them to the Master, and this edge architecture can be applied to any distributed, federated edge networking use case. Once deployed, Cloudify also automates scaling or healing of the nodes as needed based on metrics with policy management, and as with any Cloudify blueprint, this process is always repeatable.
Cloudify’s open approach to vCPE and SD-WAN offers a single, common control plane across network services, industry standard compatibility (such as with TOSCA, YANG, and ONAP), cloud-native capabilities with Kubernetes and containers, as well as the necessity of ensuring your network can evolve with future changes. This same approach is applicable to any network orchestration use case.
Cloudify is excited to be working with NetNumber, on delivering cloud native network orchestration, as they move full speed ahead in assisting their customers with the virtualization of their networks, on any infrastructure and with any tool, using open and standards-based orchestration.
If you would like to meet us at Mobile World Congress, please contact us to set a time.
Read more about our NFV and network orchestration capabilities:
Is Networking Becoming Cool Again? Predicting the Future of Networking in 2018
Highlights of Deploying Fortinet VNFs with Cloudify Webinar
Building the Open Virtual Branch powered by flexible, open orchestration
Driving Open Standards in a Fragmented Networking Landscape 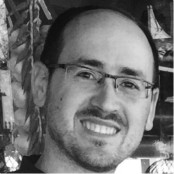